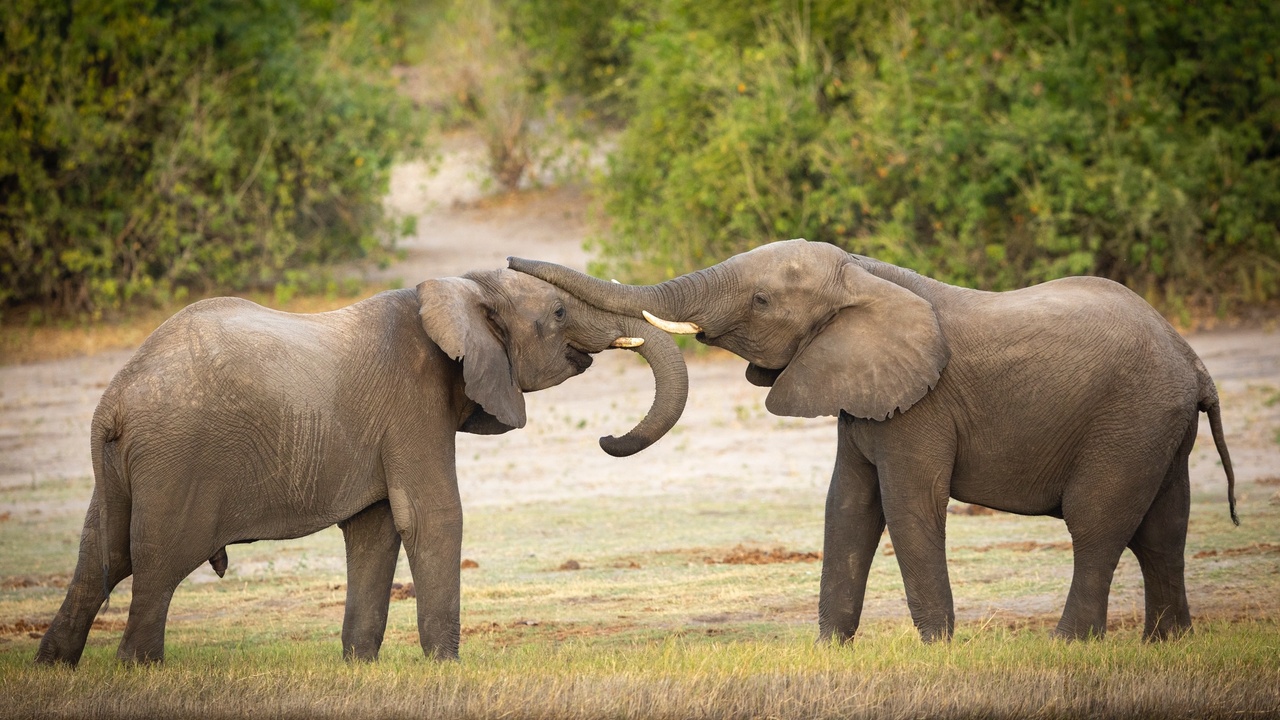 Animals (including humans) Learn Through Play

My weekly runs on the beach have been more interesting lately. Summer brings many people to our little island community. For some reason, more people than usual were digging in the sand last week. Some even came equipped with sizable shovels and buckets for the endeavor. I noticed this because I had to keep running around their ditches and mounds.

My thought was, “We are just like dogs, digging holes for no apparent reason.”

It turns out, play is not just a human thing. Animals play as well. And while some play doesn’t appear to have a purpose, such as digging holes in the sand, most of the play that animals engage in hones survival skills, teaches behavior norms and encourages creative experimentation, all in a safe, low-risk environment.

Scholars recognize three types of play in animals (including people):

Great apes and humans engage in two other types of play:

Through social play, animals learn the rules of the group. Dogs, for instance, bow to invite another dog to engage in silliness. The receiver responds with a bow and splaying of the front legs, and then they’re off, chasing each other and pretending to bite each other. Gorillas and Chimpanzees “smile,” showing their teeth to initiate play. This is probably the origin of our laughter. And elephants hold up their truck as an invitation to engage in play.

Locomotive play and Object play typically engage youngsters in survival skills without the risk of serious injuries. They can build the muscles and responses they might need during a dangerous encounter.

What is interesting is that many animals will “self-handicap” when playing in this way. For instance, a lion will deliberately handicap himself to allow another pup to pounce on him. The goal of this play is not to win the game, but to improve skills such as recovering from a loss of balance or dealing with an unexpected attack. Self-handicapping also requires trust. One lion is putting itself at risk to learn certain skills. They trust that the other pup will not injure him. This, scientists note, builds cooperation between siblings.

Interestingly, even robots learn from play. Hod Lipsonp programmed his artificial intelligence robots to play by allowing them to dance randomly. Those robots who did dance were better able to cope with unexpected challenges than non-dancing robots. One robot even developed a creative way to maintain balance after it lost a limb.

And it’s specifically the silliness of play that allows animals to learn through play. By being silly, they can be creative with their approaches to a challenge. They can attempt different things and try different approaches in a safe environment.

Since fun really is in our DNA, perhaps it’s time to add play into your learning programs, to allow employees to learn the skills needed for work, to be silly as they seek new approaches and processes, and to learn the behavioral norms of the organization.