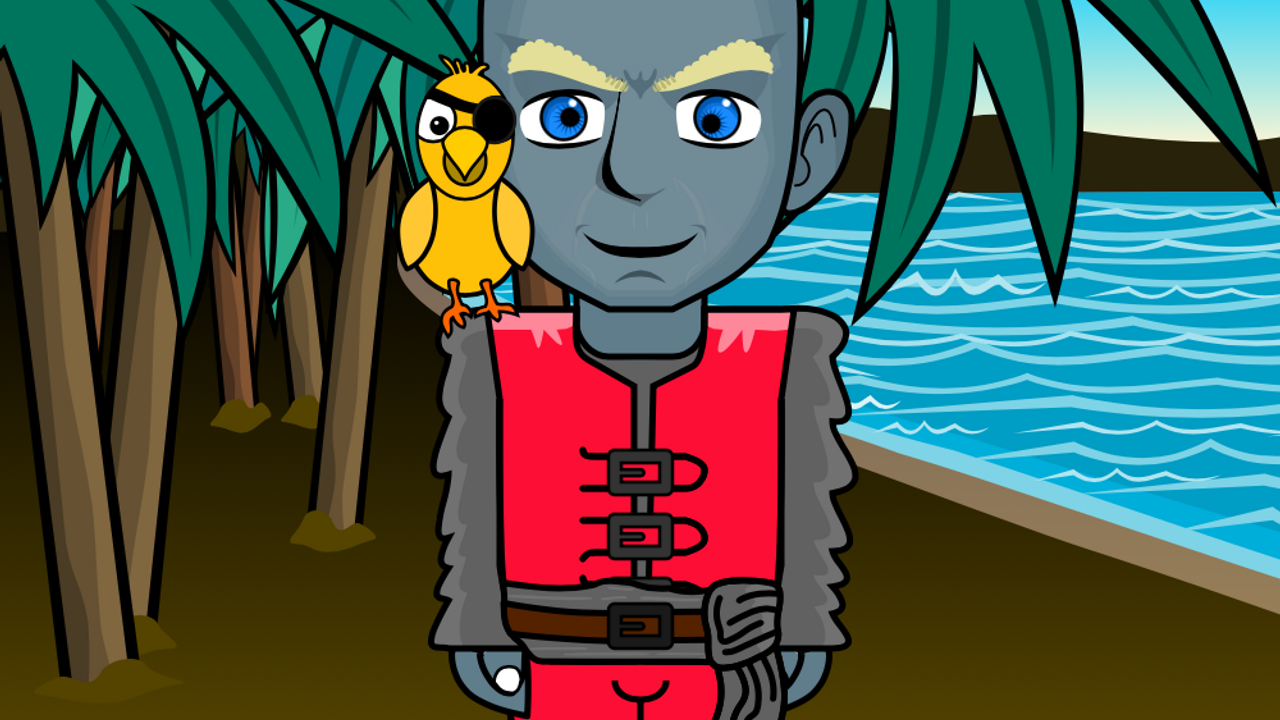 What Our Avatar Says About Us (And Why Does My Avatar Have Blue Skin?)

This week, as part of the pre-engagement for our Gamification Master Craftsman Certification (Level 3), we created our pirate avatars (our Certifications have a pirate theme). For mine, I chose to have blue skin, but otherwise, the avatar is close to my look. I could have, but didn’t, give him hair. I could have chosen a different eye color, a different chin. I even spent time finding the right mouth expression and nose size.

Why is it so important to me that my avatar looks similar to me, but with blue skin?

It turns out, there has actually been some research on the topic of avatars and how people perceive the person they represent. Katrina Fong and Raymond A. Mar published ”What Does My Avatar Say About me? Inferring Personality from Avatars,” in the Personality and Social Psychology Bulletin.

The study looked at how accurately a person perceived the Big Five Personality Traits (neuroticism, agreeableness, extraversion, openness, and conscientiousness) in the people who were represented by avatars. In other words, people who display agreeableness created avatars that people interpreted as friendly. Interestingly, a key element of friendliness was the absence of sunglasses. Even hats lower the friendliness of the avatar. (Mine had a pirate hat, but I removed it after reading this study.)

Also, if you want people to be friends with you, they found that giving your avatar a sweater will help, though people might perceive you as being older. (Are you old enough to remember Mister Rogers?)

And the sex of the avatars mattered, at least for the perceivers. People tended to rank female avatars as displaying more conscientiousness and openness. However, the represented ladies were not necessarily more conscientious or open than their male counterparts.

When people first see an avatar, they note visual cues in the avatar to form an impression of the person whom the avatar represents, similar to how we do with real people in the real world. For instance, a person represented by a tattooed avatar is perceived as being a risk-taker. Also, the more human-like an avatar is, the more the person will be thought of as credible and even attractive.

The paper notes some limitations to their study, chiefly that they didn’t supply enough options for creating the avatars. Specifically, they didn’t have items or cues for creating avatars that express certain aspects of people’s personalities (conscientiousness and openness). In other words, someone who is conscientious or open would not have the tools to express those traits with their avatar.

While interesting sociologically and psychologically, what are some practical considerations for the use of avatars in the gamification of learning? First, as a game mechanic, the designing of avatars gives learners an opportunity to express their true selves instead of overcoming judgments people make based on their physical appearance. They get to choose what other players see and interact with.

And secondly, we should provide enough variations and tools for our learners to express themselves. Typically, in a learning program, avatars are chosen fully formed with different skin tones. However, as the study showed, people enjoy creating avatars that express their true selves, which involves items and variations that sex and skin color.

Finally, while there is a move toward offering animals or other non-gender/race explicit avatars, the study shows the importance of allowing learners to create an avatar that reflects their true self closely.

I invite you to create your own pirate avatar at https://piratetar.framiq.com/.  As you create, notice how important it is to you to “get it right.” What choices did you make that reflect your true self? Then share it with the world to see how people judge your personality based on the avatar you created. I look forward to seeing your creation on social media!

Join in the fun - we've got  something NEW each week. Check out our complete lineup of events HERE!