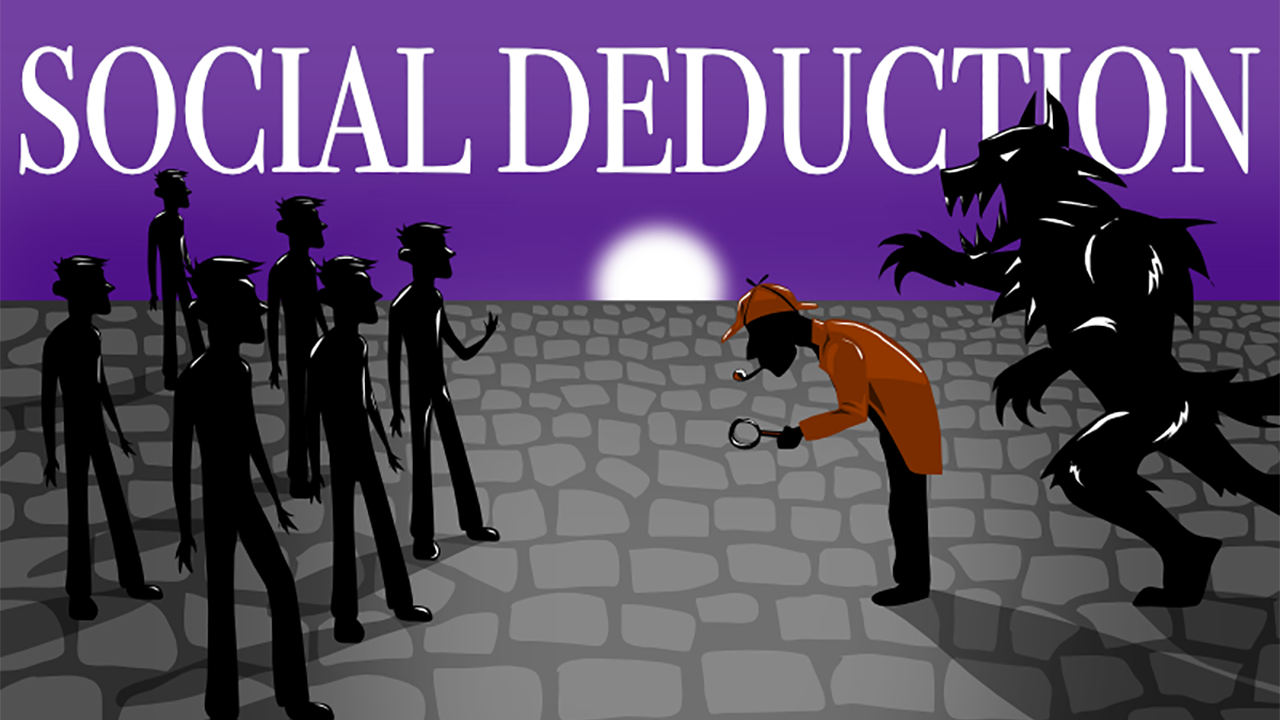 There is a subset of games that I believe deserves an examination for certain learning programs. We’ve had a couple of people going through our Gamification Certifications recently who are tasked with creating cyber security courses. And I imagine other readers might be designing ethics, fraud detection, and even communication courses that could use the mechanics of social deduction games.

In social deduction games, each player has a role or is assigned a team. The majority of people will be “good” players, but there is also a minority of people whose job is to avoid detection while secretly performing dastardly deeds. Typically, a person’s guilt or innocence is discussed during a meeting where players “prove” their innocence while determining who the “bad” players are.

So, let’s get this out of the way: social deduction games reward deception. While we don’t want to train our employees to be liars, the reality is we are often faced with deception and need to deduce the truth about a situation. Some types of training might not only be fun with social deduction elements, but they may also enhance the learning.

Currently, Among Us is the most popular social deduction game. Streamer Disguised Toast’s playgroup brags a half million live views after he famously “marinated” Representative Alexandria Ocasio-Cortez.

Unlike other social deduction games, players of Among Us are focused on tasks their avatar completes while moving through the territory. Meanwhile, the two imposters are going around killing them.

When a body is found or someone sees something suspicious, a meeting is called. During the meeting, the players discuss who they think killed the person. After a time of discussion, players vote on who the imposter is. If a person receives enough votes, they are eliminated, and play resumes.

I mentioned AOC being “marinated.” This is an interesting strategy in Among Us. Since avatars are usually killed when they are isolated from the rest of the group, an imposter might choose to travel through the territory with another player without killing them so that that person will vouch for them during meetings.

While Among Us gets a lot of live-stream attention, in-person and live virtual social deduction games are very popular, such as Secret Hitler or The Resistance: Avalon. This category of board and card games has a history that stretches back to 1987.

Because of its origins, Mafia is one of the most studied social deductions games. Dimitry Davidoff created the game in 1987 at the psychology department of Moscow State University. The game quickly spread from the classroom, to the dorms, and out into society. There were even television shows in Russia and Europe dedicated to watching people play Mafia.

Andrew Plotkin changed the theme of the game in 1997 to werewolves, arguing that it was more culturally relevant. Instead of the villagers attempting to root out hidden Mafiosos, they work together to uncover the werewolves in their midst.

In its simplest form, there are two teams: Villagers and Werewolves. The number of werewolves varies based on the rules, but they are always a minority. (Interestingly, there have been several mathematical papers determining the best ratio of villages and werewolves.) A player’s role is determined by drawing a role card.

Play begins with a moderator instructing everyone to close their eyes, then tells only the werewolves to open their eyes, identifying who the other werewolves are. The innocents remain ignorant.

Play is then divided into night and day. At night, the werewolves perform certain tasks, such as killing a villager. During the day, players discuss who is possibly a werewolf, then they vote to eliminate one person. After that, night descends, the villagers close their eyes, and the process repeats until all the werewolves are killed, or they reach numerical parity with the villagers.

Because of its academic origins and popularity, there are many studies of Mafia and subsequent werewolf versions. The one I find interesting is that innocents typically win more often than game theory predicts they will. The researchers surmise that this is because of the psychological stress of sustained lying. As the play continues, the liars must maintain their feigned shock when accused, and their lies must become more complex.

Versions of Mafia have been played in schools for decades, originally in Russia with the 1998 publication of the textbook, Nonverbal Communications: Developing Role-playing Games 'Mafia' and ‘Murderer,’ used to teach visual psychology, and more recently in the United States, when Ernest Fedorov defended his use of the game in his fifth-grade class in 2006.

So what about your learning programs? Do your learners need to improve their social deduction skills? Would they benefit from learning to detect deception in a safe environment? Do you design or deliver courses on cyber security or fraud detection where you could introduce a “bad” character into the game, one who’s tasked to build trust and confidence while avoiding detection?

I’d love to hear your ideas in the comments below.

Image by GameCrafter, the site we recommend for your game elements needs.