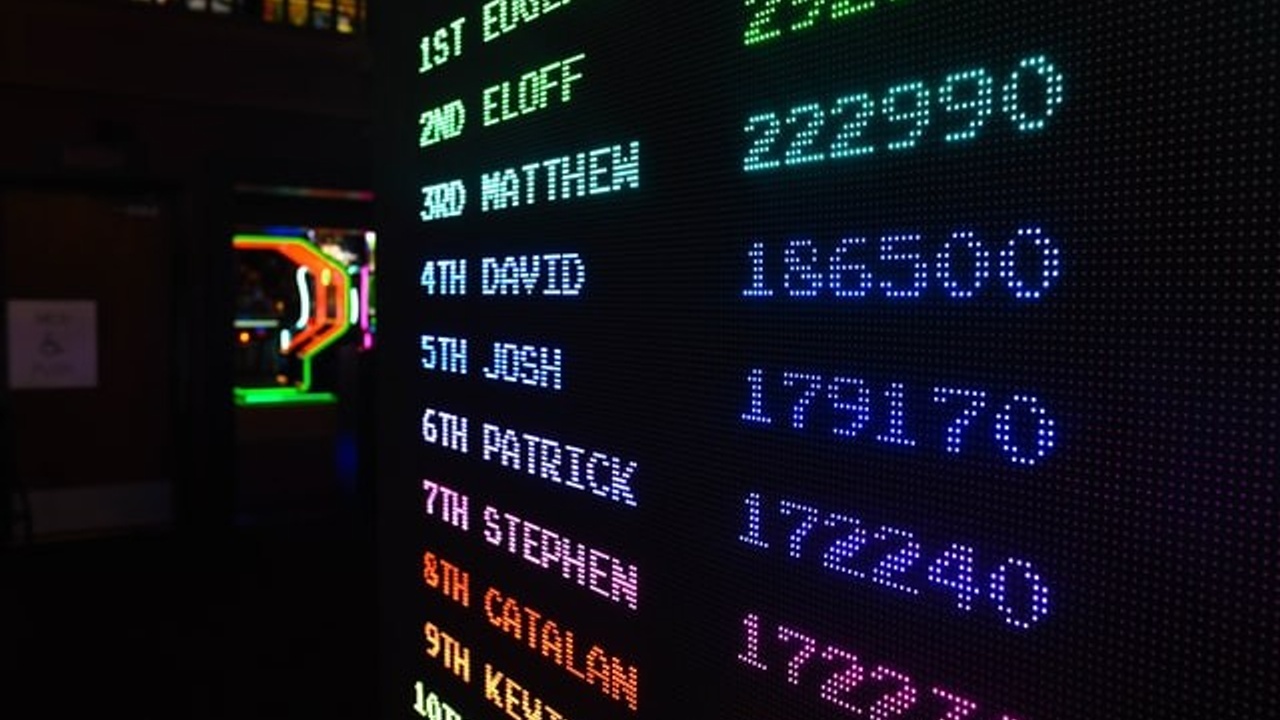 “As you all know, first prize is a Cadillac El Dorado… Second prize is a set of steak knives. Third prize is you're fired.”   ― David Mamet, Glengarry Glen Ross

I was young when arcades appeared. My parents didn’t give me spending money, so some time passed before I began feeding quarters into the games. I quickly realized that I would not be able to be on the leaderboard for games that were popular and had been around for a bit, such as Pac-Man, Galaga, or Donkey Kong. But with Centipede, I had a chance. Soon, that was the only game I played, struggling to keep PEE in the top five. (Back then, my name was Pete, and PET was already taken on the leaderboard.)

Eventually, of course, I found more important uses for my money, such as blue hair mousse, and PEE fell off the leaderboard. Once that happened, I not only quit playing Centipede, my visits to the arcade dwindled.

It turns out leaderboards are lousy when it comes to motivating most people, especially over time. Yes, people in the Top 5 will spend (time, money, energy) significantly to remain there, but below those few people, most will wander off to find something else to entertain them, or worse, be turned off by the whole experience.

My theory of fun is that what makes a game mechanic fun is that it appeals to at least one of our Core Desires, which were scientifically described by Steven Reiss, PhD. In this case, leaderboards appear to appeal to the Core Desires of Power, Status, and Vengeance.

Let’s start with Vengeance, the desire to strike back when frustrated or offended. People with a high desire for Vengeance like leaderboards because they can see exactly whom they need to sabotage to knock them off the top. They will make sure the people at the top of the list don’t make it to work, that they don’t have the necessary tools to compete, and that important information does not show up in their inbox.

People with a high desire for Power may like leaderboards because they show their progress as they grind through tasks or overcome challenges. It is more of a recognition of their hard work than a competition. Also, leaderboards show a type of hierarchy.

Now when it comes to the desire for Status, I’ve been giving this some thought. I happen to have a high desire for Power, Vengeance, and Status, so according to my theory, I should enjoy leaderboards—but I don’t. I now believe my high desire for Status causes me to shun leaderboards. Perhaps my ego is not able to withstand not being in the top three, but I also think it’s because I don’t want to be compared to those people.

So, if your learners have a high desire for Vengeance and Power, perhaps they will engage, but be prepared for some unintended consequences.

More importantly, leaderboards are extremely stressful for people with a high desire for Acceptance and Tranquility. The thought that everyone can see their underperformance will cause them to avoid playing in the first place.

But here’s what compelled me to compose this post:

I was reading a study by Kenneth Kishida et al. They were researching how the brain functions when a person is in fear and stressed. As you can imagine, there aren’t many ethical ways to scare, threaten, or put human test subjects in a fear state. So,  here’s what they came up with…

At the California Institute of Technology, Kishida and his team had students come to their lab to take an IQ test. But that wasn’t the scary part; the researchers were simply setting a baseline.

The actual research happened a few weeks later. They asked the student to return to the lab and take the test again. Of course, this time the students were actually less stressed because they were familiar with the lab, the test, and even the scans of their brains. So the researchers needed something to put the students into a fear state.

And for that, they chose a game mechanic—a leaderboard. They showed the students how they ranked with their peers on the last test, and let the students know that they would be publishing a leaderboard for the upcoming test as well.

Test scores plummeted. The stress of competition and the fear of social humiliation hindered their ability to think clearly.

Now, the main thrust of the paper was examining two students who were able to quell their fear responses, but what stands out to me is that when these researchers were looking for a way to inflict fear responses on the test subjects, they came up with leaderboards.

I suspect it’s because they are easy to create, not because they are effective or fun.  That data is right there on our LMS, so it’s easy to compile a leaderboard without a thought as to whether or not the learners will enjoy seeing how they rank.

So let’s put an end to the use of leaderboards in our learning programs. Just because we can, doesn’t mean we should. Will you join me in my crusade?

Would you like to learn more about the Reiss Motivation Profile and the Science of Motivation? Discover your blind spots and predict how you differ from your learners HERE.